Knowing that in the city of Iasi didn’t exist a playground as complex as the ones she has seen abroad in her travels, in 2017, Ms. Elena R. B challenged herself to build such a space in town of Iasi. The founder of HAPPY & HOP has proposed to build a different kind of playground for children, a recreational playground that will also provide parents with a close interaction with their children in a stimulating and safe environment.

Elena found a big space with high ceiling to ensure a sufficient surface to install the playground. A sketch of the play area was created and all the necessary equipment from the UK was ordered in the same year.

Initially, it was planned to fully found the project by its founder. During the implementation of the project, unforeseen expenses arose which have generated additional financial needs. Thus, following a recommendation received from an acquaintance, Mrs. Elena R.B. has accessed a 30,000 euro finance from Mikro Kapital Romania.

The project was successfully completed by the end of 2017 and at the beginning of 2019 in this project 8 people were employed. The playground has an area of 400m2 and is equipped with 5 zones (two playgrounds, a party room, a bar area and an administrative area). The founder of Happy & Hop confessed her future plan to increase the playground so that she could develop a structure with a wider complexity of obstacles and attractions for children. 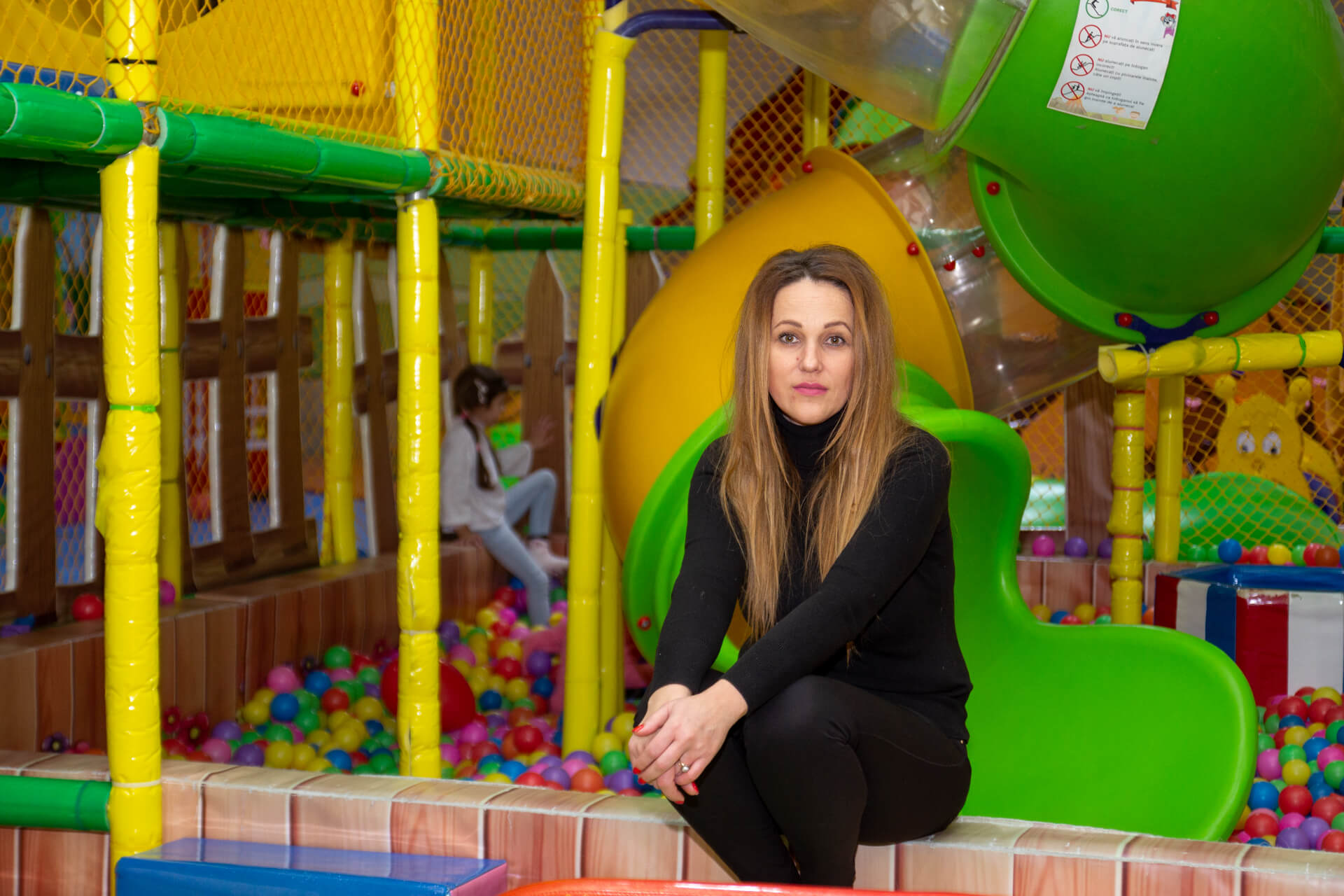