Owner of four grocery shops in different remote villages of Kaluga region in Central Russia, Vasiliy was born in 1972 in a large family of an industrial porcelain manufacturing plant worker. When thte little boy turned 5, the farther died so his mother brought up six children on her own. It was her example that helped Vasiliy to stand up to challenges and never be discouraged by difficulties later on.

It wasn’t from the beginning of his carrier that he had been a businessman. After his graduation from pedagogical college in 1991 he worked as a rural school teacher for 8 years. He loved his job, however, as he married and became a father of two sons it became clear that a teacher’s salary was far from enough to support the family. So Vasiliy decided to try his hand at entrepreneurship.

Started at the end of 1999 as a street stall vendor in his native village market selling diary products. When in 2002 Vasiliy had grown his business to the point of to opening a small shop, he didn’t have enough money to equip a recently purchased small building in his native village.

Vasiliy decided to apply for a loan. He had noticed WMN advertising panel several times when he would come to Kaluga to purchase goods for his business. As applying for a bank loan involved too long a procedure, Vasilyi turned to WMN. Mr. Aleksanin spent his first 12-month loan in the amount of RUB 50,000 (USD1,600) collaterized by the business inventory for the purchase of used equipment. The shop turned out to be a success, so right after paying off the first loan Vasilyi applied for the second one. This time it was a 100,000-ruble loan aimed at opening the second shop in the neighboring village. To date Vasiliy has successfully repaid 7 loans with the last two loans being in the amount of RUB 350,000. At present the Aleksanin family runs 4 shops in different villages of Kaluga region, which they proudly call “Beriozka network”.

At present Vasiliy Aleksanin is paying off his 8th loan in the amount of RUB500,000 which he took out at the end of 2008. This is the first loan he has taken not for the business purposes, but to build a new house for his growing family: Vasiliy has recently become a farther of a third son. 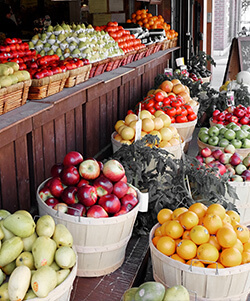