In Mikro Kapital Board of Directors you can find outstanding professional skills acquired by our partners over the years in various international markets.

Our team with a wide background in finance, banking and support to small and medium enterprises comes from many countries around the world and together they make Mikro Kapital unique and special.

The Board of Directors is vested with the broadest powers to perform all acts of administration and disposition in the Company's interests. It is responsible to assess the overall direction and strategy of the business and provide the vision, mission, and goals of the Company. The Board of Directors is also responsible for developing a governance system for the business aiming at the protection of the stakeholders’ interests in the Company. 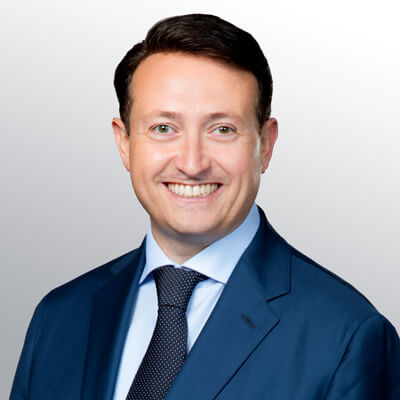 Born in 1974, after graduating and completing his specialization he moved to Russia at the end of the 1990s to work for the European Bank for Reconstruction and Development (EBRD) and has worked continuously in the same market from that time onwards. He directed development initiatives on behalf of important private banks and industrial groups for eight years.

He gained official recognition in Russia as the initiator of some of the most important projects for small and medium-sized businesses. He founded General Invest in 2007 and in 2008 Mikro Kapital, a micro-finance fund for financing Russian small businesses that has established itself as one of the most successful such initiatives at a European level. 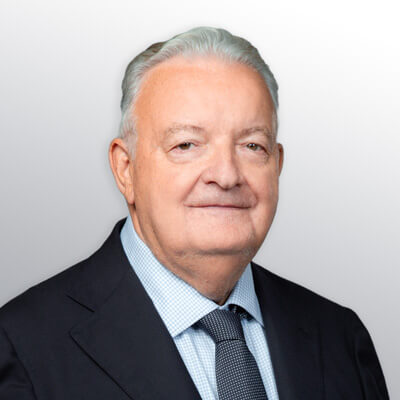 Vittorio began his professional career with the First National City Bank in Milan, working both in the United States and Europe. In 1971 he opened the offices of the first Italian bank in Japan (Comit), which he managed until 1981 with responsibility for the whole Far East. In that same year he set up a company offering strategic and financial consultancy, Parallels KK, Tokyo.

This was followed by his appointment to the Chairmanship of UBS Japan (1991), a position he held until 2001. On his return to Europe he took over the position of General Manager of UBS in Zurich with involvement in project Italy, helping to bring the Swiss presence in Italy up to standards of excellence, especially in Private Banking. He left his position in UBS in 2008, concentrating on reviving Parallels consultancy, but this time in Switzerland to develop strategic consulting projects. 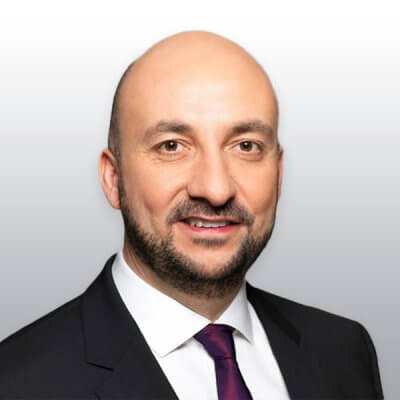 Born in 1971, Etienne completed his secondary schooling at the Lycée Technique d’Esch-sur-Alzette before studying at the ICHEC Brussels Management School and at the University of Greenwich in London, where he graduated in business and finance in 1995.

Etienne joined the Socialist Party in 1991 and was elected municipal councillor in Kayl, Luxembourg in 1995. He then became secretary general of the Socialist parliamentary group from 1997 to 2004 before taking up his duties at the Ministry of the Economy.

He has been a member of the executive board of several companies, such as Société électrique de l’Our (SEO), Enovos International SA, Enovos Deutschland AG and National Credit and Investment Company (SNCI). Upon being appointed minister in 2012 he resigned from all these positions.

In 2013 he headed the LSAP list and became Deputy Prime Minister of the Bettel government, retaining the Ministry of Economy and also being assigned the Ministry of Internal Security and Defense.

After the 2018 elections he remained Deputy Prime Minister and Minister of Economy. He was appointed Minister of Health.

In February 2020 he resigned from his position and left politics. He then created Beta Aquarii, specialized in economic consulting, and joined the boards of ArcelorMittal, LuxTP as chairman, Besix and Sistema. He is also an independent director of Jan de Nul Group.

He became a member of the Supervisory board of Mikro Kapital Management S.A. in January 2022. 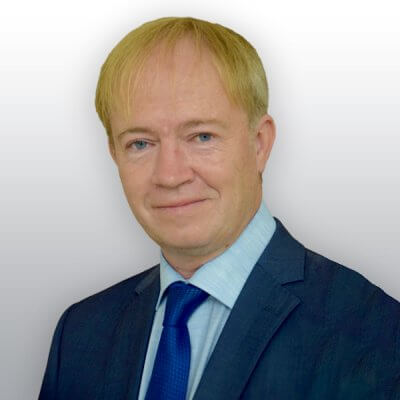 Johannes Feist is a development finance expert, experienced with mergers & acquisitions and restructurings, and with commercial, governmental and not for profit business models. He has deep knowledge of the functions of development finance institutions (DFIs), of MSME and rural financial services industries, and of investment fund regulations in Luxemburg, Germany and Mauritius.

He obtained a PhD and Diploma (MSc) in International Economics from University of Munich (Germany). He started his career at the EU Commission and European Centre of International Security (EUCIS), then became Assistant Lecturer at University of Munich. In 1999 he joined KFW Development Bank as Senior Project Manager. In the following 20 years in KFW, Mr. Feist covered different managerial and international roles, among them: Resident Director in Pristina and Belgrade, Vice President for European Financial Institutions (Berlin), Vice President for Corporate Strategy (Frankfurt). 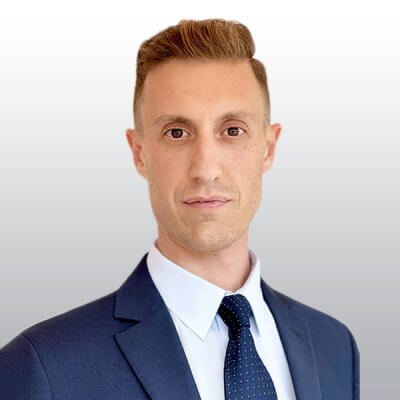 Mr. Mattioda holds a Master’s degree in Automotive Engineering earned at Turin Polytechnic. He started his career in the automotive field in FCA and Bosch. He was involved in startup projects for sustainable mobility at the university, as a project manager. Later he moved to General Invest in Zürich, part of Mikro Kapital group, to support the Swiss Asset Manager focusing on HNWI investors for wealth planning through the use of various financial investment strategies and as well on institutional investors for due diligence on Mikro Kapital Group.

Following the development of Mikro Kapital group he moved to the headquarters in Luxembourg in 2020 as investor relations manager, coordinating all funding opportunities. In 2022 he was appointed a member of the Management board. 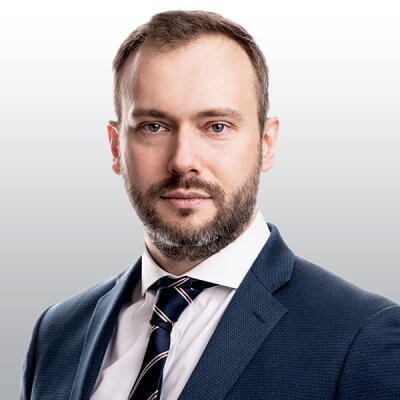 Dmitry Stepanov is a competent, analytical, and experienced legal professional with more than 20 years of solid and progressive track record in handling diverse areas of law; backed by a strong background in corporate law and corporate governance, international commercial law, intellectual property, and compliance.
He obtained an LL.M. (Magister Legum) in International Private Law in the University of Tübingen, Germany.
In the following years, Dmitry has been handling diverse leading legal and general management positions across Europe in IT-Sector (AltSoft), financial services (TMF Group) and international trading (Sodrugestvo Group).
Finally, he established in Luxembourg and joined Mikro Kapital Management S.A.. In August 2022 he was appointed Chief Legal Officer and member of the Board. 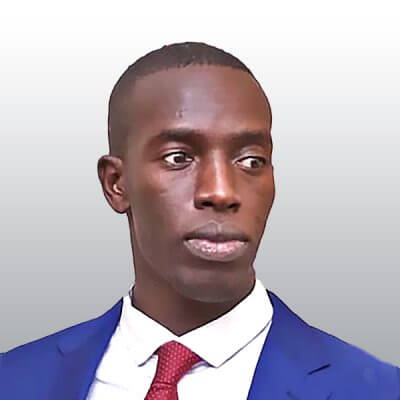 Mr. Ndao has extensive international experience in developing business through emerging markets analysis and designing strategies with a focus on African markets.

He has been engaged in effective emerging market coverage by overseeing commercial and marketing strategies together with sales and marketing departments.

He was appointed a member of the management board in Mikro Kapital Management S.A. in 2018.

This website uses cookies to improve your experience while you navigate through the website. Out of these, the cookies that are categorized as necessary are stored on your browser as they are essential for the working of basic functionalities of the website. We also use third-party cookies that help us analyze and understand how you use this website. These cookies will be stored in your browser only with your consent. You also have the option to opt-out of these cookies. But opting out of some of these cookies may affect your browsing experience.
Necessary Always Enabled
Necessary cookies are absolutely essential for the website to function properly. These cookies ensure basic functionalities and security features of the website, anonymously.
Functional
Functional cookies help to perform certain functionalities like sharing the content of the website on social media platforms, collect feedbacks, and other third-party features.
Performance
Performance cookies are used to understand and analyze the key performance indexes of the website which helps in delivering a better user experience for the visitors.
Analytics
Analytical cookies are used to understand how visitors interact with the website. These cookies help provide information on metrics the number of visitors, bounce rate, traffic source, etc.
Advertisement
Advertisement cookies are used to provide visitors with relevant ads and marketing campaigns. These cookies track visitors across websites and collect information to provide customized ads.
Others
Other uncategorized cookies are those that are being analyzed and have not been classified into a category as yet.
SAVE & ACCEPT
Close